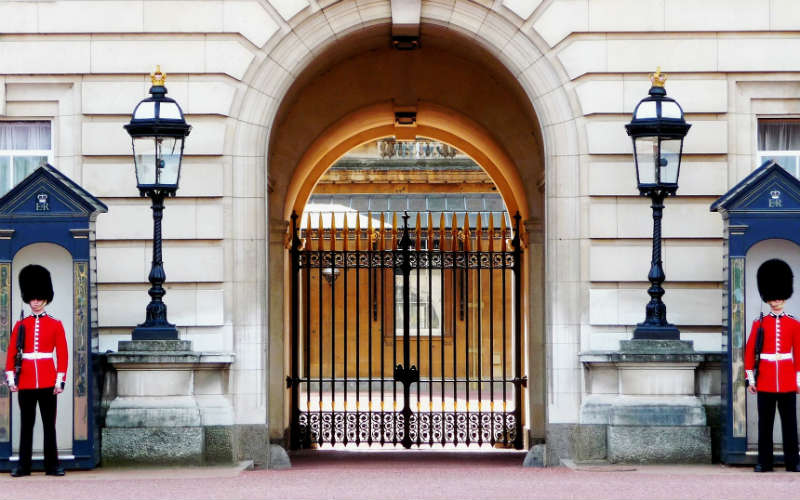 Prince George, he of the perfect outfits, gorgeous side parting and cheeky grin, turns four next month (July 22nd) – which means that he will start “big school” in September.

While his family lived mainly in Norfolk during his nursery-school years, his parents – the Duke and Duchess of Cambridge – have decided that Prince George’s formal education should begin in London.

Speculation was rife as to which pre-prep they would choose for him. It might have been Wetherby, where his father and uncle, Prince Harry, went. It might have been Hill House, which his grandfather, the Prince of Wales, attended back in the day. But it turns out that they’ve opted for Thomas’s Battersea. Here, we take a look at the school that’s won their hearts.

The most recent Ofsted report about Thomas’s Battersea stated: ‘The school has created a nurturing and safe learning climate where all pupils can thrive.’

Back in the 1970s, David and Joanna Thomas decided to create a co-educational London day school with high academic standards, a broad curriculum and a vibrant staff – the sort of school to which they’d like to send their own children. What they started then is now a family-run chain, Thomas’s London Day Schools, with sought-after outposts in Battersea, Clapham, Fulham and Kensington.

Their younger son, Ben Thomas, has been headmaster of Thomas’s Battersea since 1999 – though he won’t be in charge of Prince George, as he is to stand down in September. He says: “We hope that our pupils will leave this school with a strong sense of social responsibility, set on a path to become net contributors to society and to flourish as conscientious and caring citizens of the world.”

Housed in a Grade II-listed former grammar school in south-west London, Thomas’s Battersea educates 540 boys and girls between the ages of four and 13. While it strives for academic excellence, it also places a strong emphasis on music, art, drama, dance, sport and the great outdoors (the school even owns a hotel in the Austrian ski area of Wurzeralm).

Best friends are discouraged, in favour of lots of good friends, and the most important school rule is that pupils should “Be Kind”.

Thomas’s list of values includes kindness, courtesy, honesty, respect, perseverance, independence, confidence, leadership and humility. Best friends are discouraged, in favour of lots of good friends, and the most important school rule is that pupils should “Be Kind”. The balanced diet on offer there includes organic milk, bread and smoothies, quinoa, lentils and sustainable cod. The most recent Ofsted report about Thomas’s Battersea stated: “The school has created a nurturing and safe learning climate where all pupils can thrive.”

Pupils head for a range of the UK’s leading boarding and day schools when they leave Thomas’s Battersea, many of them having been awarded scholarships. Among its notable alumni are the models, Poppy and Cara Delevigne, and the singer, Florence Welch.

The Heads and Principals of Thomas’s London Day Schools say: “Our ethos, aims and values actively support the upholding of democracy, the rule of law, individual liberty, mutual respect and tolerance of different faiths and beliefs. These are British values which we cherish and which equip pupils for life in modern Britain.”

That sounds just perfect for a prince.