Holland Park interviewed actor, writer, and director, Sam Hoare, to find out how his education has influenced his career choice and success. 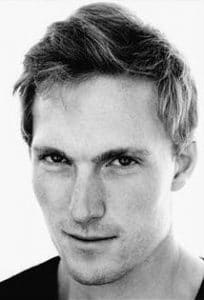 The opportunities and facilities provided at Ludgrove and, in particular, Eton enabled me to explore, and then to fall in love with, the performing arts and the thrill of telling a story or stepping onto a stage.

There’s no doubt that the incredibly supportive atmosphere at both schools, the high quality of the theatrical facilities and the opportunities to put on and take part in different plays every term was formative in my desire to be an actor.

Did you find a particular teacher at school or university especially inspirational?

My housemaster at Eton was passionate about the arts. He was a playwright himself, who’d had plays put on in London. He strongly encouraged me to pursue my interest in drama in a number of different ways, from performing in school plays to directing inter-house drama competitions.

A fantastic opportunity to explore my passions.

Sam Hoare is an actor and director. Sam appeared in the BB1 Olympic drama Bert & Dickie in 2012 alongside Matt Smith, and has appeared in TV shows Eastenders, Doctors, and films The Golden Compass and Captain America. He has also written and directed a feature film Having You, starring Anna Friel and Romola Garai.